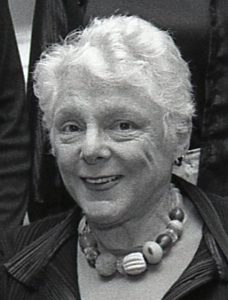 The ALAA board would like to acknowledge the passing of Linda Nochlin, an art historian who did not focus directly on Latin American art, but whose work on women artists changed the field in ways that allowed new stories centered on issues of gender and race to be told. We honor the foundation she laid and mourn the loss of her inspiration and her humor.

For a New York Times article on Nochlin’s life and contributions to the field, click here.

With sadness, we acknowledge the passing of Jacqueline Barnitz, an esteemed colleague in the area of modern and contemporary Latin American art history. If you would like to make a contribution to her memory, please see the recommendations below in her obituary.

Jacqueline Barnitz (1924–2017)
Jacqueline Barnitz, an internationally known scholar of Latin American art and University of Texas Professor Emerita, died Saturday morning, October 28, at age 93. She was close friend to artists from across Latin America and the first to comprehensively chart the history of modern and contemporary art from the region. An exceptionally skillful researcher and writer, she is perhaps best remembered by her colleagues and former students for her passion for teaching and her talent for guiding students in critical studies to strengthen the field of Latin American art history.  Her students adored her for the sprightly lectures she gave, peppered with anecdotes about her travels in South America, for her shrewd observations in conversation and in editing papers, and for her witty and at times dark sense of humor. Jacqueline was devoted to her students and dedicated her textbook to them.
Born in Geneva, Jacqueline Essery Korkegi spent her childhood in various parts of Switzerland and Italy. From ages ten to seventeen, she and her family lived in Brussels. In 1941, a family vacation to Southern France suddenly turned into an escape from German occupation.  She and her family eventually found passage by ship to the United States and they resettled in New York. “It was a culture shock,” she commented. Trained as a portrait painter, she eventually abandoned portraiture in favor of experiments with abstract expressionism, to the consternation of her father, a rather straight-laced businessman.  She was briefly married to Walter Downing Barnitz and kept the name for professional reasons after their separation.
In New York, she continually sought out the company of artists, poets, and intellectuals and became interested in Latin America when she noted that many artists from the region had moved to the city, often staying after receiving fellowships. In 1962, a trip to Buenos Aires exposed her to its dynamic artistic scene. Determined to give Latin America further study and visibility, she began writing for art journals, providing specialized reporting through articles, interviews, and reviews for Arts Magazine and other publications.  She befriended many Latin American artists living in New York in the 1960s and 1970s, particularly those escaping political unrest of their home countries, such as Brazilian artists Rubens Gerchman and Hélio Oiticica.  She began teaching art history courses about Latin American art at the State University of New York at Stony Brook in 1969 and subsequently decided to pursue a graduate degree in the subject. At CUNY Graduate Center, she first conceived of writing a survey text of Latin American art, but, encouraged to narrow her focus, she wrote her doctoral thesis on the Argentinean avant-garde publication Martin Fierro.
In 1981, she joined the art history faculty of the University of Texas at Austin where she taught until her retirement in 2007. Through that appointment, she became the first to hold a tenure-track university position dedicated to the subject of modern Latin American art. Her research—the result of her traveling systematically through South America and Mexico since the 1960s—is collected as Twentieth-Century Art of Latin America, first published in 2001, then expanded and revised in 2015 in collaboration with Patrick Frank.  Perceptive and engaging, her survey textbook continues to be used in most universities where Latin American art history is taught. During her career at UT, she advised more than thirty M.A. and fifteen Ph.D. students. The field of modern Latin American art is populated by her former students, who hold tenured positions and curatorships as well as work as independent researchers in the US and internationally. During her tenure as professor, she also assembled a collection of over 4,700 photographic slides of Latin American art. In 2013, she collaborated with ARTSTOR to digitize them with the aims of forming a teaching collection accessible worldwide.
Jacqueline did not want a funeral or any kind of conventional memorial service; accordingly, her colleagues and former students are planning an academic event to honor her.  Her former students also are compiling written and short video remembrances from colleagues, friends, and students to share and to archive. If you wish to contribute, please write to jbarnitz.memories@gmail.com. At the University of Texas at Austin, donations are being collected for the Jacqueline Barnitz Graduate Endowment in Art History, Department of Art and Art History, College of Fine Arts, to support student research in the field of Latin American art. To contribute, please mail to Sondra Lomax, College of Fine Arts, UT-Austin, 2305 Trinity Street, D1400, Austin, TX, 78712.

Over the course of the next few months, numerous exhibitions and galleries will be participating in the Pacific Standard Times in Los Angeles, California: LA/LA initiative. Click here to find an introductory description of the LA/LA collaboration from pipaprize.com and here to watch a video including imagery from the shows and the museums that house them. Enjoy!

And don’t forget to register by October 16th for the ALAA-sponsored tour of LA/LA! Registration is now OPEN – click here!

At LACMA we will have curator-led tours of: 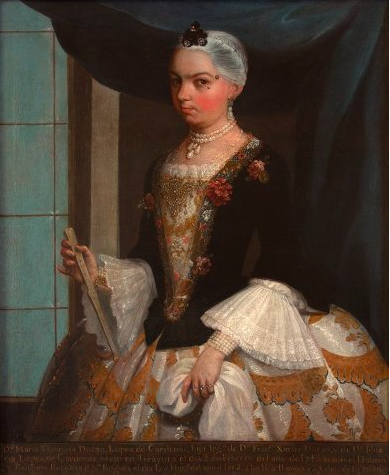 At the Getty curators will lead our group through these four exhibits: 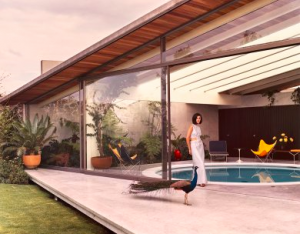 There’s something for everyone!

For more general information on exhibitions that are part of PST: LA/LA, please visit: http://www.pacificstandardtime.org/en/exhibitions/

If your late summer or early fall travels take you to New York City, stop by the Met to see an exhibit on the Mexican artist, Cristobal de Villalpando (1649-1714).  The show runs from July 25th through October 15th.  For more information, visit metmuseum.org.

Please see our “Awards” link in the left bar and select “Book Award” to see the guidelines for the 2018 competition. 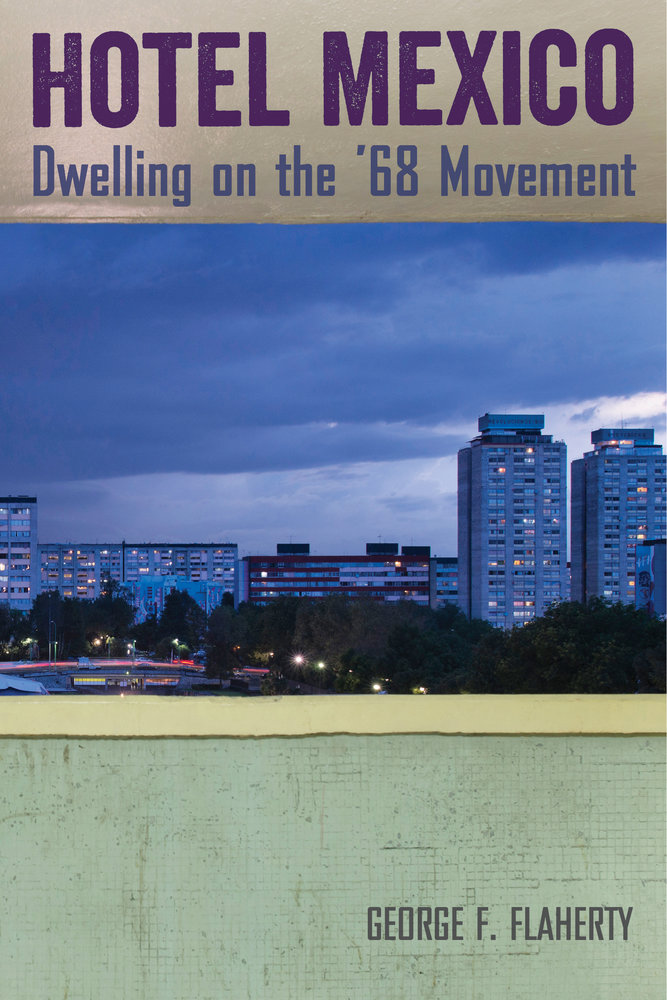 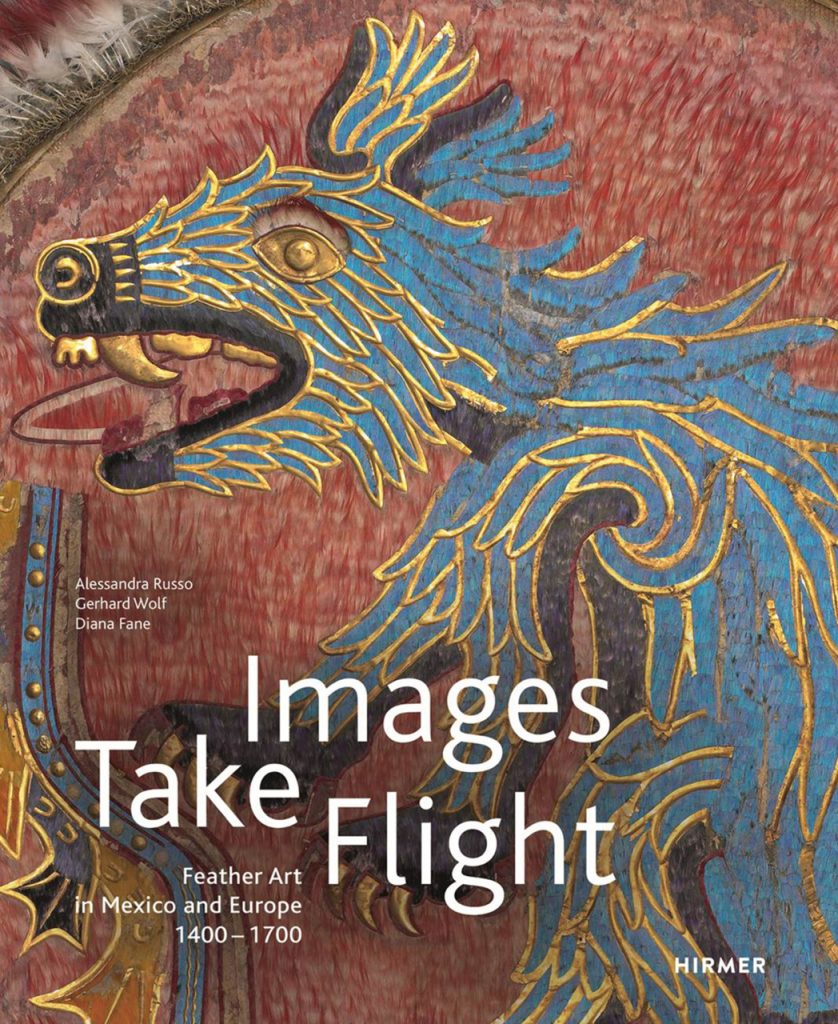 There are currently three – yes, three – Kahlo exhibitions in Florida museums!  If you are in the state, please check out one or all these shows:

“Mirror, Mirror” at the Harn Museum in Gainesville explores photographic portraits of Kahlo through April 2nd.  (N.B. This exhibition is traveling to the Museum of Spanish Colonial Art in Santa Fe, New Mexico and will be on view at that location from May 6th – October 9th, 2017.  Two talks will precede the show on April 8th.  See the website link for details.)

“Frida Kahlo: Through the Lens of Nickolas Muray” is on view at the Appleton Museum in Ocala through April 2nd.

“Frida Kahlo at the Dali” is now open through April 17th at the Dali Museum in St. Petersburg.

The deadline for submissions is February 1, 2017.  Click here for information.