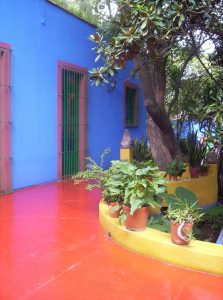 These institutions offer opportunities for pursuing a Ph.D. and/or M.A. in Latin American art history.
The list is organized alphabetically by institution and currently emphasizes programs in the United States; where not specified, the program offers a Ph.D. in art history.

This guide is intended as a bare-bones directory and does not generally include faculty in related fields (history, Spanish, anthropology, literature, Latin American and/or Iberian Studies, etc.). Students interested in certain Latin American countries whose artistic forms are strongly influenced by African traditions (e.g. Cuba , Brazil) might also consider programs with faculty interested in the Diaspora.

The University of Oregon
Department of the History of Art and Architecture
Keith Eggener, Modern architecture of the Americas

Last Update to Program List: March 2018. Efforts have been made to be as accurate as possible; if you see errors or know of a graduate program that is not listed here but should be, please email Daen Palma Huse at daen.huse.20@ucl.ac.uk.